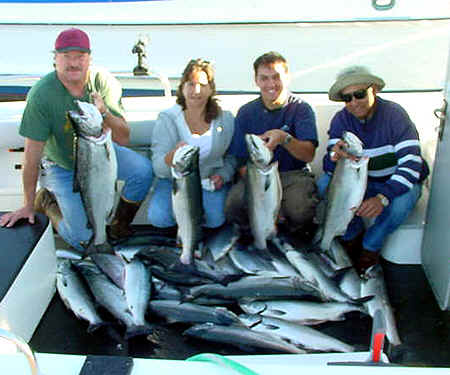 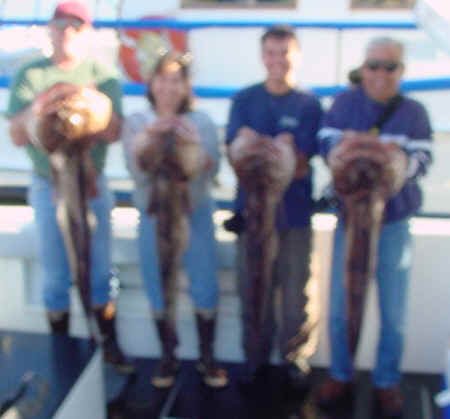 We’re a little embarrassed about this picture.  The auto-focus on our camera was turned off, somehow.  We overcame our embarrassment and published it anyway….it’s really an amazing picture of some terrific anglers and some REALLY nice ling cod.  Talk about big-mouthed and ugly . . . .but GREAT in those fish ‘n chips! 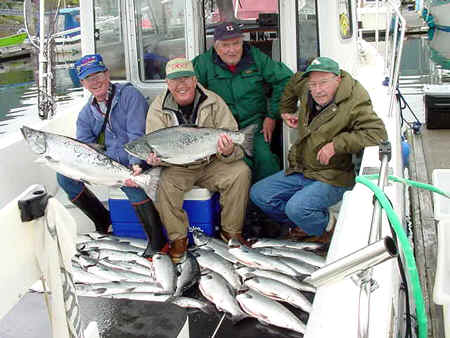 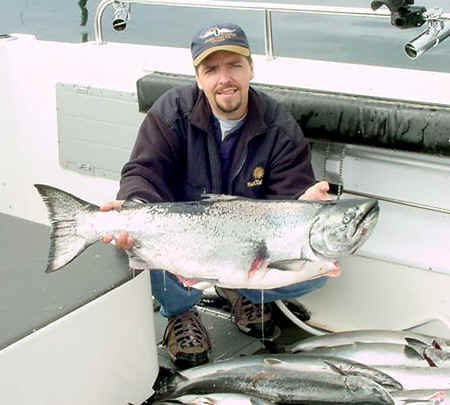 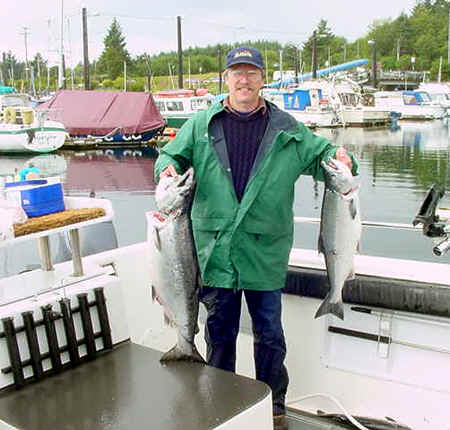 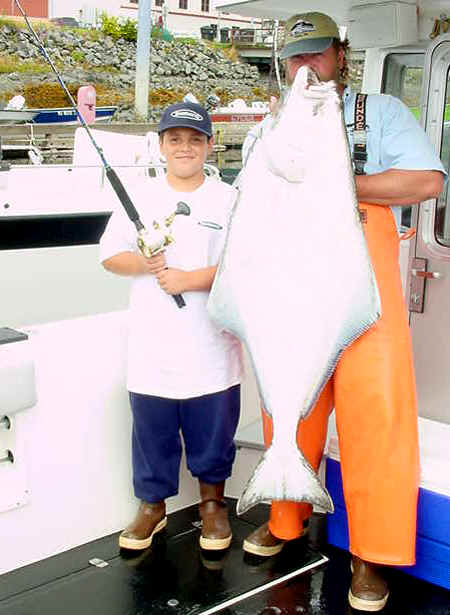 “Mike Osbourne Jr. . . almost as tall as he is, this 55 lb Halibut was caught buy him on the “Whopper Stopper” rod. 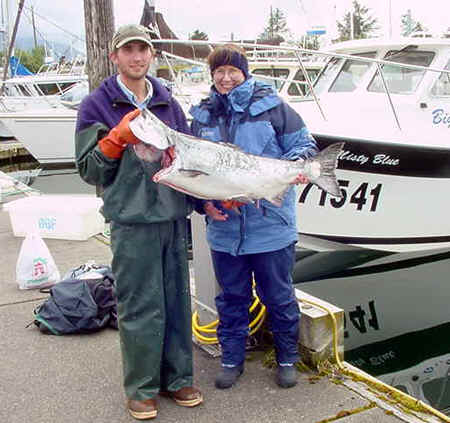 Annette Berger . ..” It was rough water but I caught him!” 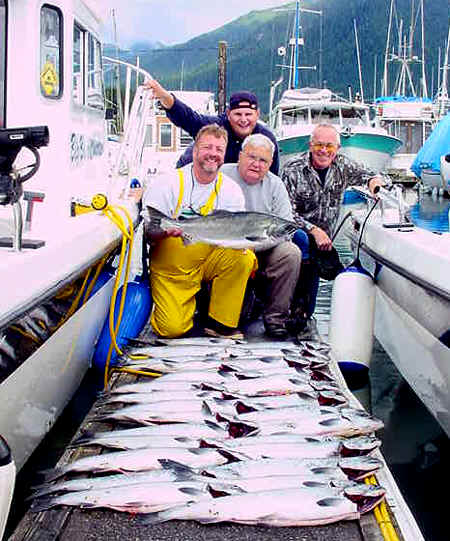 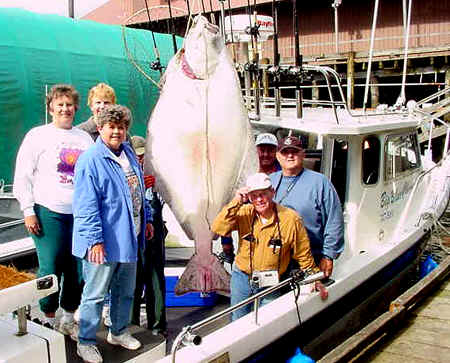 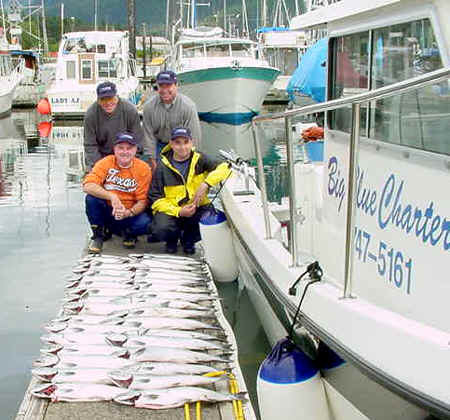 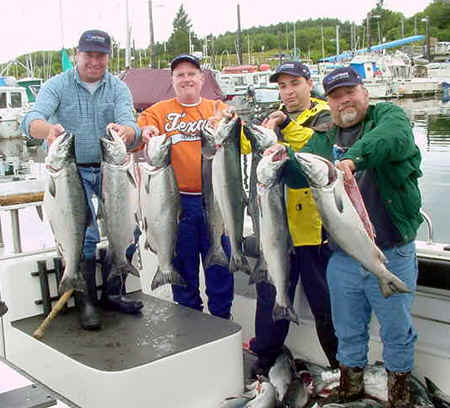 And the next day, we did it again but added in some big Kings . . .amazing!” 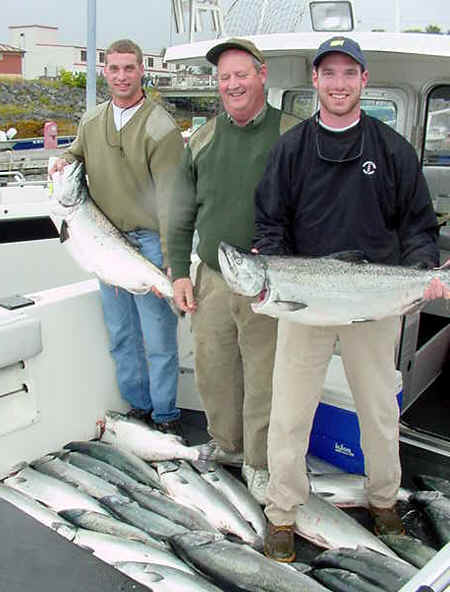 Don Nelson with Robert, and Don Jr. ” Finally got Dad with both sons . . .and still catching those darn Kings!” 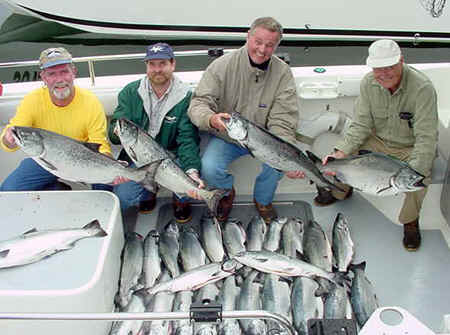 Dwayne Terrell, Danny Grantham, Harry Howard, and John Rockwood . . .”Are we smiling or WHAT? . . .and I’m a first timer at all this says Danny! “